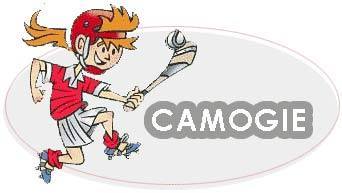 An engrossing encounter in the second round of the U14B Championship took place in Crusheen between two evenly matched teams.  Crusheen were the first to settle and Ballyea’s defence were put under severe pressure early on but resolutely held firm and slowly got a foothold in the game. Midway through the first half they had a golden spell which saw them take a two goal lead. Crusheen full forward line exerted more pressure on Ballyea towards the end of the half but could not find a way through.

The second half saw Crusheen up the tempo and score the first point of the half through Faye Dean. Crusheen’s half back Sinead O Halloran Eva Fitgibbon Meave Stankard midfield Mary Hanrahan and Faye Dean were dominant and this resulted in a fine solo goal from Eva Fitzgibbon. Ballyea’s response was immediate as they went upfield and scored their third goal. This left the score 3-2 to 1-1. The last quarter of the game saw incessant pressure from Crusheen. Ballyea goalkeeper was in inspired form and made a number of fine saves in the second half, but was powerless to stop Eva Fitzgibbon from scoring her second goal from a delivery from Aoife Rodgers . Crusheen piled on the pressure and further goals followed from Mary Hanrahan and Zara Waterhouse to give Crusheen the lead for the first time in the game. A fifth goal from Hannah Gleeson put some daylight between the teams. Ballyea tried to launch a further blitz on the Crusheen Goal but could not find a way past a dominant half back line for Crusheen which saw Crusheen prevail on a 5-2 to 3-2 scoreline.

In a close game the home side held out as Sixmilebridge fought their way back into the game.
The scores were well spread throughout with the half time score just seeing Clooney ahead by 4 points, the home scorers having been Emma Considine and Niamh Mcgee.
It was the Clooney defense though that the win was based on with Cliodhna Ryan excelling at full back and Amy Senton in goals with Anna Doyle and Abi O'Sullivan putting in solid displays, while Orna Moynihan was very strong at mid field.
The sides traded scores again in the second half with Emily Costello on target and Niamh McGee's late goal crucial. Sixmilebridge had laid siege to the Clooney goal but with Cliodhna Ryan and Amy Senton again repelling most attacks the home side held on to take the points.

In their first home game of the Championship, Tulla played a tremendous game against strong opposition from Corofin. Both sides showed great skill but Tulla were the stronger side on the evening with the final score was Tulla 6-3 Corofin 1-2. Among the most impressive for Tulla were Danara Crowe, Eimear Culloo, Ellie O'Keefe and Cushla Murphy.

Clare Camogie are hosting a Fun Bingo Night on Saturday, ...

Just weeks after capturing their first ever senior county...