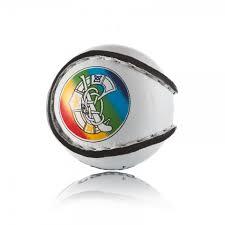 An injury time free secured a share of the spoils for Clare at the WIT Sports Complex on Saturday evening in the refixed Littlewoods Ireland Div 1 Camogie League. Played on the astro turf surface, Clare had to concede home venue due to the impact of the recent inclement weather.

The sides traded points in the opening minutes, Niamh Rockett and Orla Devitt both on target. The next passage of play saw the first of the games four goals, a Beth Carton free travelled the distance and though blocked in the crowded Clare goalmouth, Kaisha Tobin capitalised on that crowded goalmouth as she sent her rebound shot to the back of the net. Carton followed up with another converted free. Clare were struggling somewhat with the pace and intensity that the homeside were applying to the game, and it was Andrea O’Keeffe who struck for the Banners second point. Orlaith Duggan caught the resulting puckout and pushed forward before finding Niamh O’Dea who fired over to narrow the deficit to two points. However a brace of frees from Waterfords chief scorer on the day Carton saw the home side extend their lead to four points. Again Clares next score came from the defence end, this time Roisin McMahon following a well won possession drove forward and finished between the posts. Waterford were better able to cope with the bounce of the ball on the artificial surface and hit their purple patch in the next ten minutes, striking four points Carton(2), Annie Fitzgerald and Aisling Power on target. In that ten minute period, Clare did have one chance, Maire McGrath winning possession and feeding the sliotar forward to O’Dea who in turn hand passed to the oncoming Duggan who drive through the Waterford backs only for her shot to come off the crossbar and Waterford cleared from danger. A brace of Morey frees in the 24th and 26th minutes narrowed the deficit to five points, before Rockett struck from out on the wing to extend the Deises lead back to six points, with two minutes of time remaining. Clare won their own puckout and with Roisin McMahon surrounded, the Newmarket player handpassed to Duggan. The Clooney woman put the head down and drove forward and in spite of the punishment meted out to Duggan she arrived at the edge of the square still in possession, finishing with a handpass to the net to leave the half time score Clare 1-6 Waterford 1-9.

With the evening clouds darkening the sky, the second half started under the floodlights, Clare had the slightly rising wind at their backs, but it was Waterford who had the opening attack and winning a free. Carton stood over the sliotar and struck hard and low, only for Lauran Solon to block and come off her lines and pass to Eimear Kelly in the corner back position. Kelly, who has been on form for UL in the current Ashbourne series, showed her mettle as she ran forward and with a massive strike split the posts for the opening score of the second half. Waterford substitute Deirdre Fahy replied in kind for the home side. Both sides missed their next scoring opportunities as the light wind proved deceptive. Clare rang the changes at this point, Ciara Grogan moved to mid field and Roisin McMahon took up her usual position in the half back line, up front Regan Conway replaced Amy Keating. These changes proved timely with McMahon winning the first high ball dropping in, and in a move involving Kelly and O’Dea, the sliotar finished over the bar courtesy of Morey. A short puckout from Waterford was well intercepted and O’Dea had only one flag in mind as she bore down on goal, raising Clares second green flag and also giving Clare the lead for the first time in the 46th minute. Morey and O’Dea both added points before Carton pulled a free back for the homeside. Morey and Duggan added two more white flags for the Banner outfit, either side of another Carton effort to have Clare ahead by three points in the 56th minute. Lorraine Bray won the puckout and with a neat sidestep played forward to Carton with the De La Salle woman running forward and striking to the corner of the Clare net to bring the sides level. With just three minutes off time remaining, Carton fired over what looked like the winning point for the Deise, however Clare had one last attack left in them and when referee Ray Kelly eventually decided to penalise Waterford for yet another infraction, Morey struck from 40 yards out to split the posts, ensuring that Clare came away with a share of the points on offer.

Next up for Clare is Limerick away next weekend, with the Shannonsiders having drawn with Dublin in their opening game and recording a comprehensive win over Meath on Saturday last.

Updated statement from the Camogie Association

A chara,In light of the latest developments in relation ...

Statement from GAA, LGFA and Camogie

See below fixtures update for tomorrows senior and minor ...