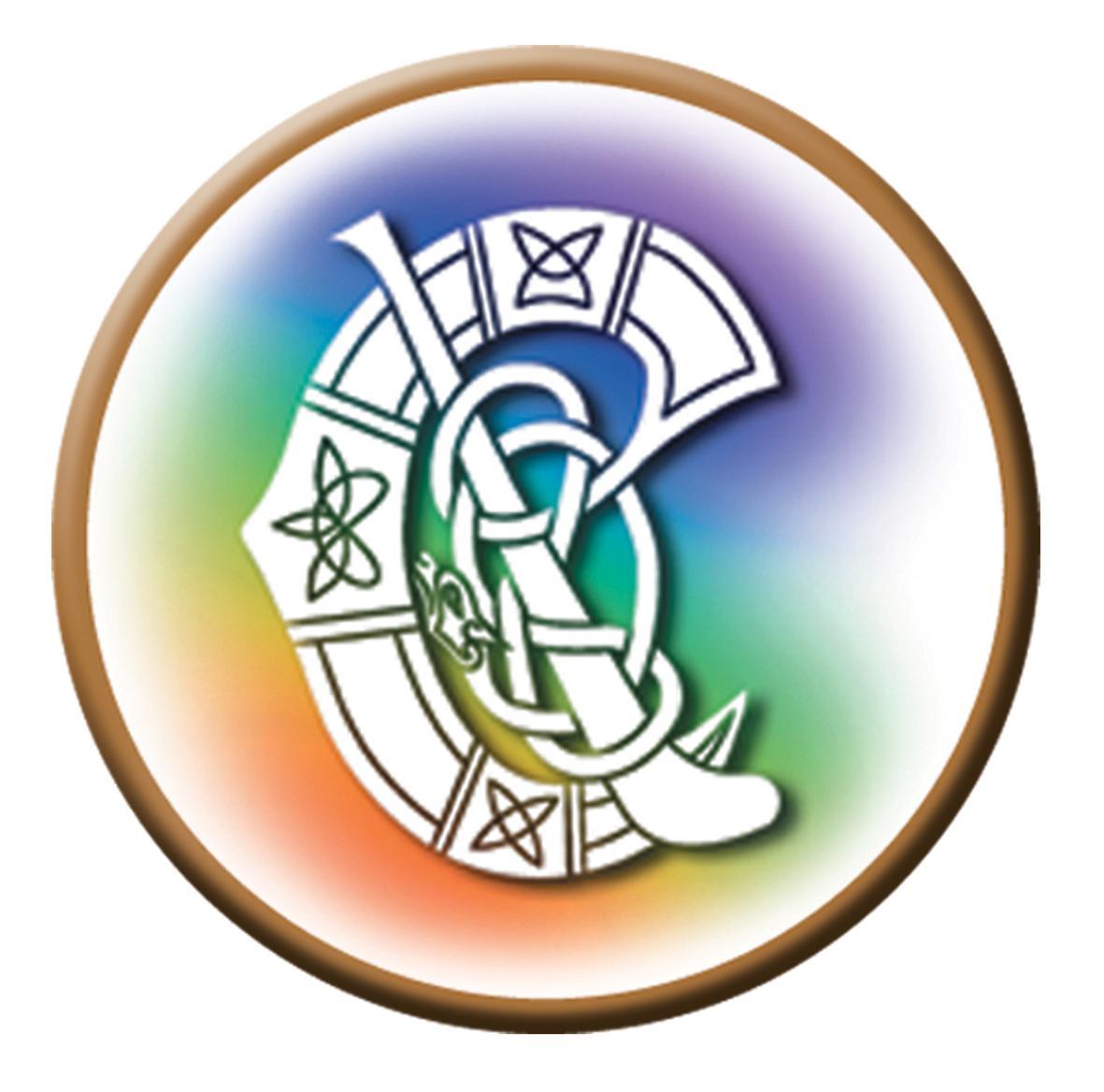 Published: about 2 years ago

The 2020 Senior Camogie Championship for Newmarket on Fergus and 2019 Intermediate Champions St Josephs got underway in Shannon camogie pitch on Saturday evening, with the experienced Blues overcoming St. Josephs on a scoreline 1-18 to 0-8.
Áine O’Brien and Hannah Meaney exchanged points in the opening ten minutes, before O’Brien pointed three frees midway through the half. The Blues added four points from Carol O’Leary, Bríd Enright and Áine O’ Brien (2) before O’Leary goaled to the corner of St. Josephs net from a high dropping ball to the square from a Laura McMahon free in the 25th minute to go 1-9 to 0-2 ahead. A minute later, Muirne Ní Chonaill pointed before Caoimhe Lally tagged on a point for Newmarket on Fergus. Hannah Meaney had the final say of the half with a pointed free to leave the scoreline 1-10 to 0-4 at the break.
St. Josephs opened the second half with points from Ciara Duggan and the inform Meaney, but Newmarket On Fergus responded with four unanswered points from O’Leary and their top scorer Áine O’Brien (3). St. Josephs battled hard with Eimear Casey, Chloe Towey and Muirne Ní Chonaill getting though a lot of work. Ciara Guilfoyle won two frees which Duggan duly converted, but Newmarket On Fergus kept the pressure on and tagged on four more points in the final minutes to seal the win.
Newmarket on Fergus: Ciara Mc Carthy; Aoife Griffin, Katie O’Flanagan, Aislinn Keogh; Aimee McInerney (captain), Laura McMahon, Tara O’Neill; Roisin McMahon, Lorraine Bible; Aine O’Brien (0-10 8F 1’45), Carol O’Leary (1-3), Caoimhe Lally (0-1); Clodagh O’Halloran (0-2), Brid Enright (0-1), Annemarie Hayes (0-1)

After months of no camogie, it was a delight to be in Cratloe in perfect conditions where the sun broke through for Round 1 of the Clare Senior Camogie championship, to see Inagh-Kilnamona take on Truagh. With last year's winners Scariff-Ogonnelloe the favourite to top group B this opener was a must win game for both Inagh-Kilnamona and Truagh in the battle for placings.

Inagh-Kilnamona started the stronger with the first shots fired however both resulted in wides. Truagh were then the first to get on the score sheet with the young Rebecaa Foley pointing from play. Truagh went 2 ahead after ten minutes when Eimear Kelly pointed from a free from 30 metres. Inagh-Kilnamona's opening score came shortly after with a point from play from corner forward Danielle Griffin and the game was levelled almost immediately when Aoibhin Ryan pointed a free from 40 metres. The game hung in the balance at the first water break after a couple of wides from both teams.

The opening goal looked imminent after a long range free from Inagh-Kilnamona's Clare Hehir but Truagh were awarded a free out for a square ball and with ten minutes left in the half Inagh-Kilnamona had a third name on the score sheet when Amy Keating scored a fine point from play to put the mid Clare side ahead for the first time in the match. Ryan extended the lead with another pointed free before Sinead O'Loughlin added her name to the scoring list to put Inagh-Kilnamona into 5 points to 2 half time lead after a nervy goal mouth scramble where Truagh were lucky not to concede a three pointer. Truagh had made some good plays in the first half but the final passes were failing them with Inagh-Kilnamona's tackling and marking proving more effective.

Inagh-Kilnamona extended their lead at the start of the second half when Keating added her second point from play. Some of Truagh's best play came early in the second half with Sinead Ryan, Roisin Begley and Molly Fennessy combining well only for Kelly deemed to have handled the ball on the ground and the pressure on Inagh-Kilnamona was relieved. Ryan added her third pointed free to extend the lead to four points ten minutes into the second half. Another long ball in from Truagh's Laura Foley deceived the back line when the ball broke in which fell to an unmarked Kelly but an onrushing goalie Rebecca Keating forced the error and the ball was cleared. Another Inagh-Kilnamona point from play preceded the killer blow from the returning county player Aoife Keane who found the Truagh net after a goal mouth scramble. The goal and an injury to Teresa O’Keefe who was replaced mid-way through the half seemed to galvanise the Inagh-Kilnamona team to exert further pressure on Truagh. Truagh did manage their first score of the half after the second water break with a well taken point from Begley but Keane added a point from play a few minutes later to settle Inagh-Kilnamona coming into the final ten. Ryan then added to her free taking tally with two points from play to finish out the game and give Inagh-Kilnamona a 1-1 to 0-3 win over Truagh.

Scariff Ogonnelloe started off the defence of their Clare and Munster Championship with a win over Sixmilebridge in a blustery Clooney on Saturday evening. Mairead Scanlon opened the scoring with a point from a free. Sixmilebridge, with the wind at their backs in the opening half, replied with a point from Chloe Morey from a free. Even though Scariff Ogonnelloe were playing against the wind, they had the upper hand, scoring five unanswered points, Marian Rodgers(2), Scanlon(2) and Aoife Power all getting their names on the scoresheet, with Niamh Lyons adding from play for the Bridge. Sixmilebridge rallied however scoring 1-2, Lyons from play and a long-range Morey free, with her next free being sent straight to the back of the net to put them ahead by the minimum. This proved to be their best period though as Scariff Ogonnelloe piled on the pressure with Marian Rodgers firing to the back of the net with the next passage of play and Scanlon and Power(2) adding points to leave the halftime score at 1-9 to 1-4.
With the wind at their backs after the break Scariff Ogonnelloe dominated, with the backs not giving the Sixmilebridge forwards any time on the ball, and the forwards duly converting possession into scores. Clever play and accurate passing led to Marian Rodgers scoring her second goal, and all six forwards and one midfielder adding to the tally: Rodgers (1-1), Scanlon(0-5f), Jenifer Daly, Cliona McNamara, Alva Rodgers, Power, Rachael Minogue, and Lynda Daly (0-1)each, with Sixmilebridge scoring just 2 points in the second half.
Scariff Ogonnelloe: Aisling Corbett; Alison McGee, Susan Daly, Holly McGee; Aisling Corry, Ciara Doyle, Alison Madden; Susan Vaughan, Lynda Daly (0-1); Jennifer Daly(0-1), Mairead Scanlon(0-10, 8Ff, 1’45) Rachael Minogue(0-1); Marian Rodgers(2-2), Aoife Power(0-4), Alva Rodgers(0-1).
Subs: Cliona McNamara(0-1), Roisin O'Brien, Danielle Sheedy.