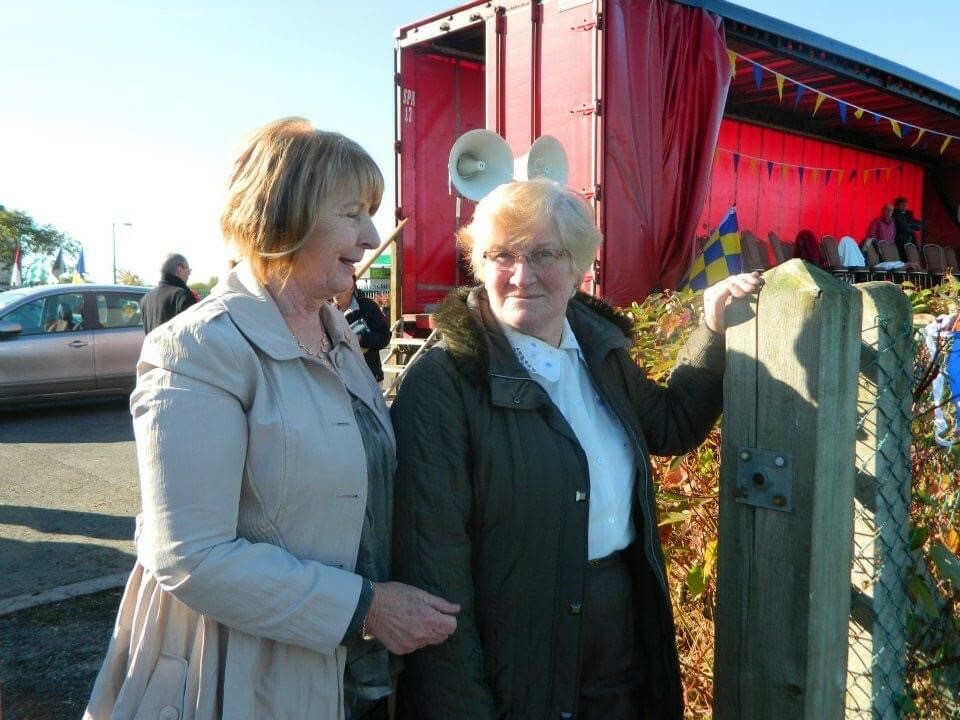 (Kitty is pictured above with Maura Sheedy- both stalwarts of camogie in Clare at the opening of Fr. McNamara Park 2012)

Clare Camogie Board, on behalf of all our members, would like to extend our sincere sympathy to the McNicholas family on the sad passing of Kitty, our joint President.

Kittys contribution to Clare Camogie was immeasurable – she chaired meetings, took minutes, fundraised and did all the behind-the-scenes activity needed to ensure the competent running of the Board for many a long year. Kitty was also a referee and could be found in the middle of the field with the whistle at her lips also.

Kitty was a trailblazer for women in sport. She played on the Clare team that brought the first Intercounty silverware back to Clare in 1974 with the All Ireland Junior Championship, and then went on to be part of the management team that won the All Ireland Intermediate title in 1993. However Kitty wasn’t just content to play or manage and one of her greatest moments was being the referee for the Junior All Ireland Final between Kildare & Armagh in Croke Park in 1987.

On a cold frosty Saturday morning on 27th October 2012 the first part of Kittys legacy was realised, when in the company of President Michael D Higgins the pitch at Fr McNamara Park was officially opened. Roll on 5 five years to 2017, and in a week when Ireland experienced both Hurricane Ophelia & Storm Brian, the second and final part of Kittys dream and vision came to fruition with the opening of our Clubhouse. Then Chairperson, Joe Robbins had the honour of dedicating the meeting room in Kittys name as a worthy tribute to a woman who had done so much to secure a home for Clare Camogie.

Our thoughts are with Kittys family at this time, her husband Jim, daughter Maura, sons Ciaran & Padraic, her daughters in law, grandchildren, brothers and sisters and her extended family.

Rest in Peace Kitty – a woman who dreamed big and who dreamed bold for the good of all of us in Clare Camogie. 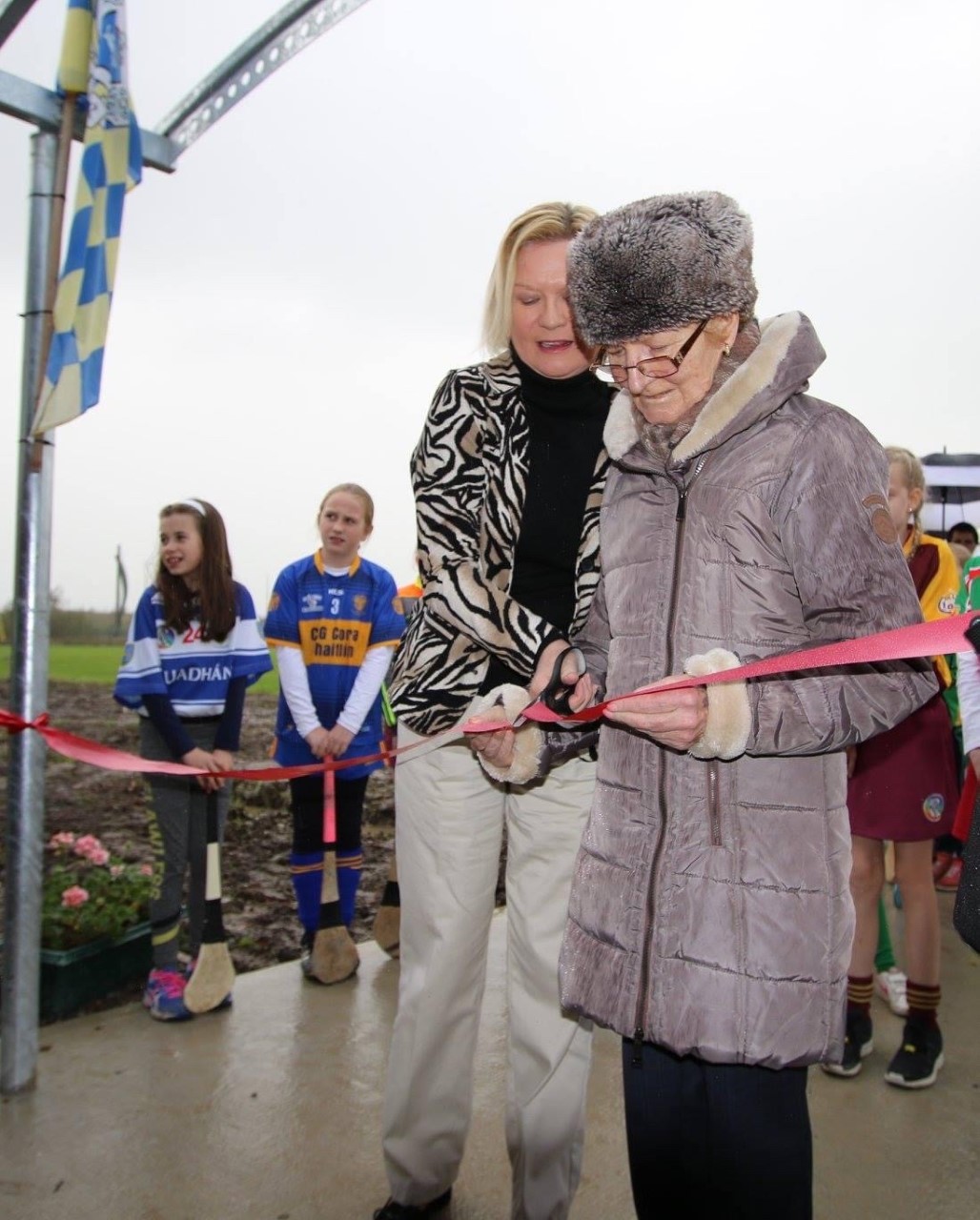 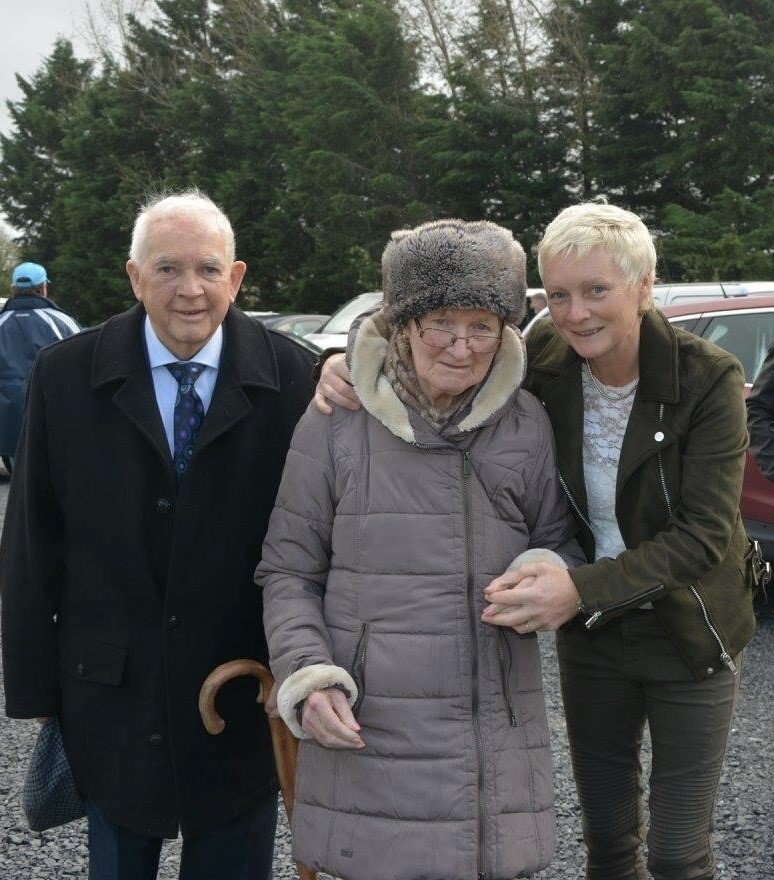 Husband, Jim and daughter, Maura accompany Kitty to the Clubhouse opening in 2017 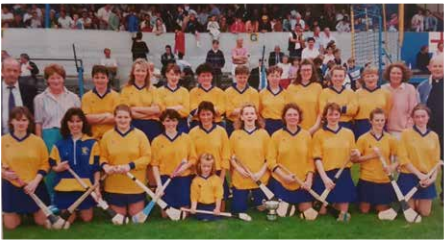 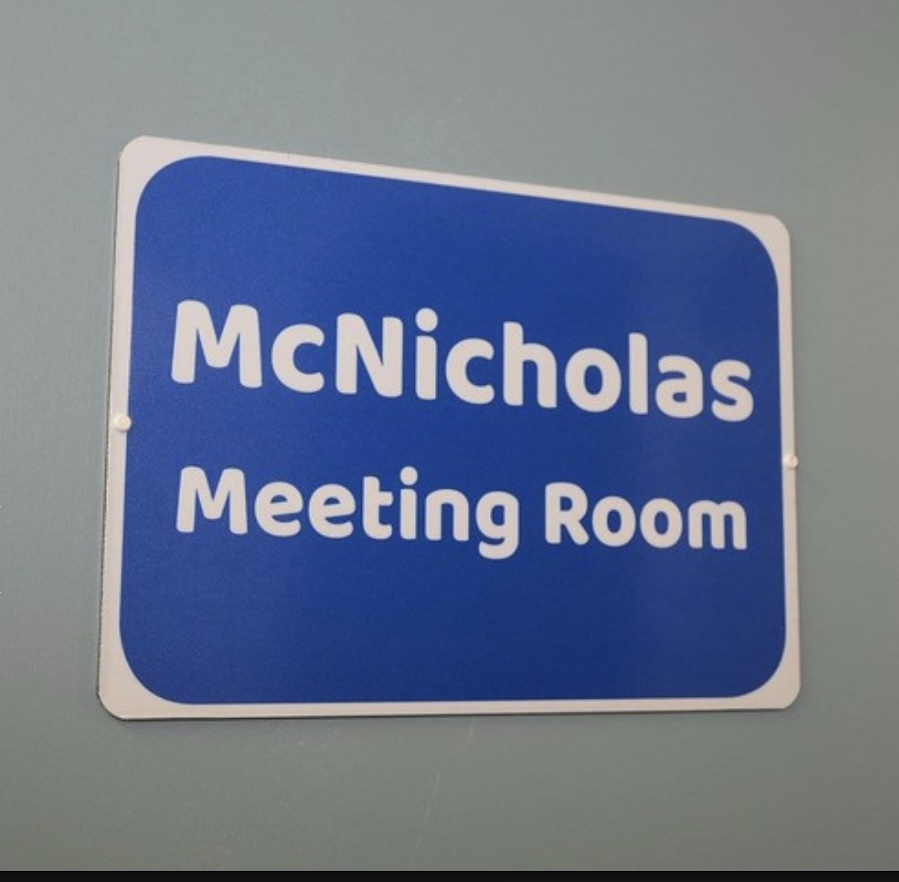