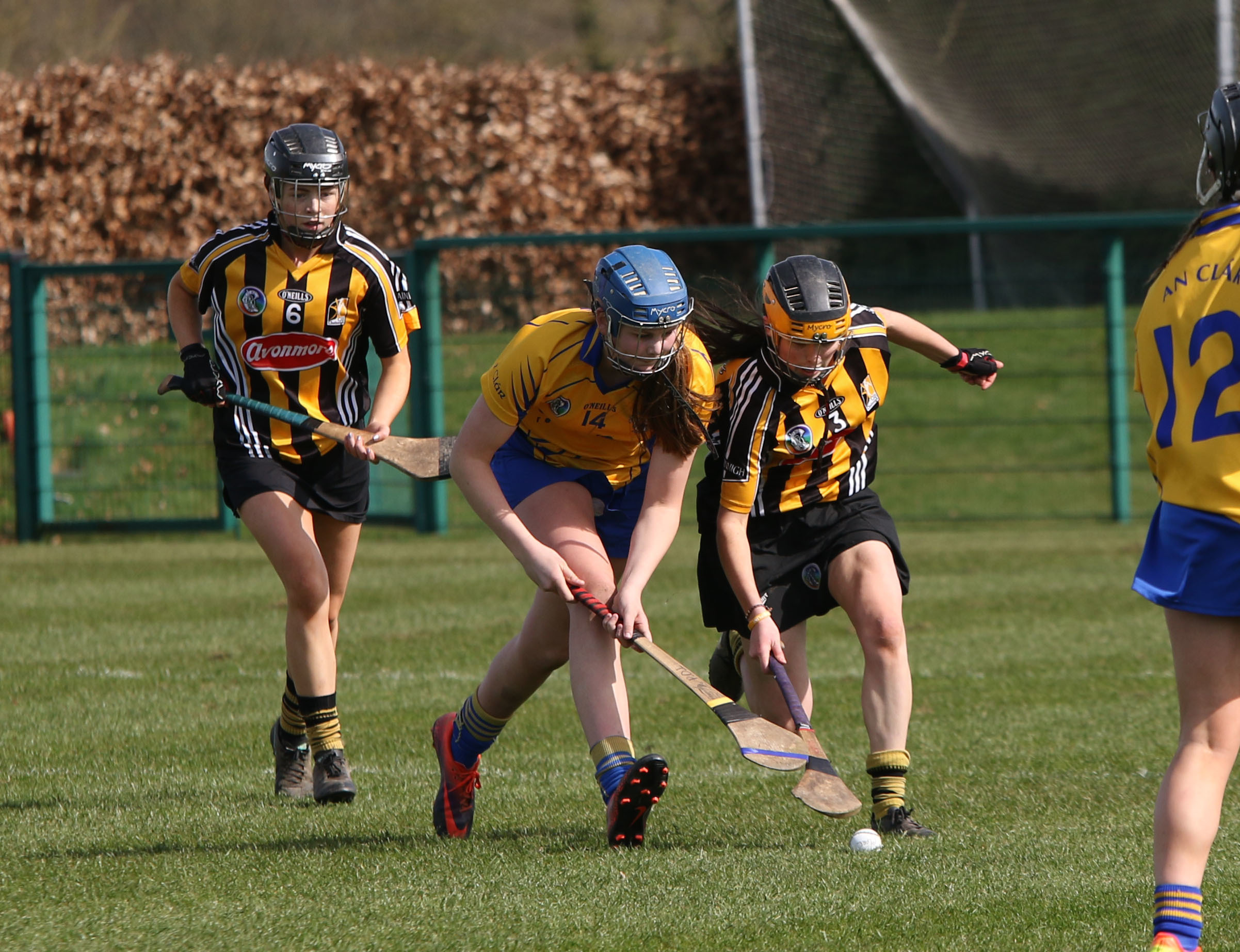 All Ireland Minor A Championship

Clare lost out to Kilkenny by the narrowest of margins on Sunday afternoon in the Minor A All Ireland Championship. Played in Conaghy Shamrocks, in ideal weather conditions and pitch perfect conditions, the Banner outfit put in a very strong second half but just came up short. This was a deciding game in the Group as both sides went into the game with two wins apiece. Kilkenny played with a very strong breeze in the opening half and opened the scoring within the first minute, followed quickly with another. Clare responded with a point from Aoife Power. Three further points followed from Aoife Power and a point each from Laura Foley and Evelyn Duggan. Kilkenny responded with a fortuitous goal. Clare lost their corner back Laoise Ryan to head injury which gave way to Kilkenny’s brace of points. Eileen Daly was introduced at this time. Kilkenny continued to use their wind advantage to leave the half time score Clare 0-5 Kilkenny 1-10.

Clare came out of the blocks in the second half with a powerful goal from Laura Mc Grath. This was followed up with points from Laura Foley, Sinead Power and Aoife Power. Clare introduced Olivia Phelan for Louise Egan. A furiously contested battle continued with Clare being the far superior team in the second half. 2 points form frees from Laura Foley with likewise scores from Aoife Power and a tremendous point from the 65-yard line helped Clare to within a minimum with 5 minutes to go. Clare were pressing hard at this time and were rewarded with a goal from Evelyn Duggan to leave the Banner outfit ahead by 2 points. However the Kilkenny kittens had the final say in this crunch tie, a brilliant solo effort by Danielle Morrissey who raced through for a score and raised a green flag put the home side back in front by the minimum.  The resulting puckout saw referee Jenny Byrne call time on what was a tough physical but highly entertaining affair, leaving Kilkenny victors on a final score of Kilkenny2-12 Clare 2-11.

Clare showed great grit and determination to claw back an 8-point deficit throughout the second half, enabled by full back Alannah Ryan, captain, Emma Kennedy and wing back Amy Barrett, while forwards Evelyn Duggan, Aoife Power and Laura McGrath put in strong performances.

Despite this loss Clare are well placed within the Group going into their last game next weekend. The Banner outfit are at home to Wexford, while Kilkenny travel to Galway.