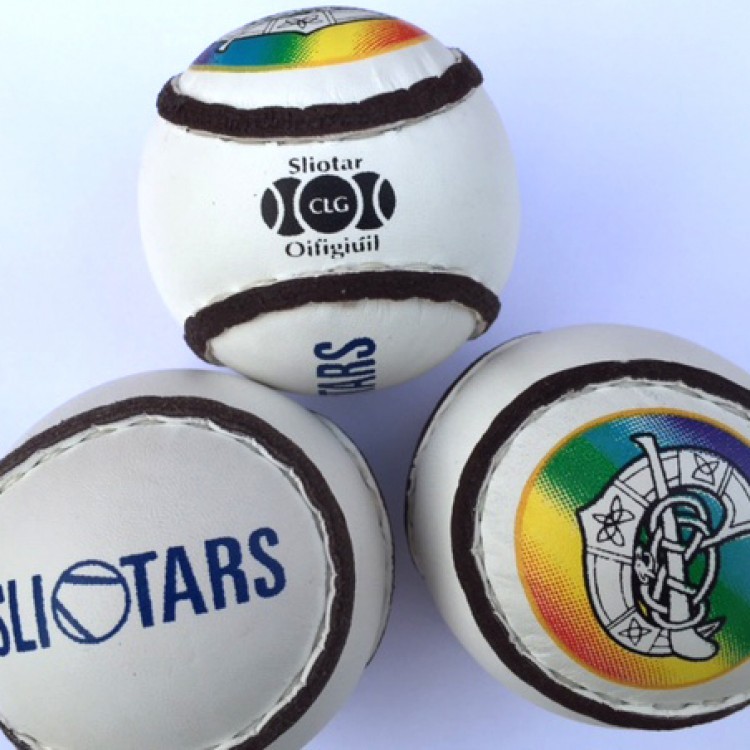 On a perfect Saturday morning for camogie in Fr McNamara Park, the much-anticipated U14 2020 Final was played out and it did not disappoint with leads changing hands a number of times, some excellent skills, determination and resilience on show and extra time to boot.

The second half started with Scariff Ogonnelloe gaining some dominance around the centre back and midfield area with Cloe Lynch and Tara Murnane delivering some quality good ball into the forwards. A long ball towards goal from Caoilfionn was expertly flick to the net by Seva Brennan. Shortly afterwards, some great work from Laoise Giblin around the centre forward line saw Eimear Heffernan win the ball, turn and pass to Seva Brennan, who caught, stepped and struck to the net to see Scariff Ogonnelloe take the upperhand with 2 further points added in this period. Inagh Kilnamona showed great resilience towards the end of the third quarter and into the fourth with Emer Burke, Shauna Queally. Albha Devitt and Ella Fitzgibbon getting on the ball around the middle of the field to wrestle some momentum back. A long ball into the centre of the Scariff Ogonnelloe defence saw a battle for the ball with a strong pull from Alannah Foudy seeing the ball fly to the corner of the Scariff Ogonnelloe net leaving the game in the balance with two points in it. With 5 minutes to go Scariif Ogonnelloe struck for another goal from long range from Alison Collins and things looked ominous for Inagh Kilnamona. However, they rallied again with Albha Devitt getting a long free and then an Alannah Foudy strike around 30 yards out on the right hand side of goal found the top corner of the Scariff Ogonnelloe net. Nerves were frayed for players, mentoring and supporters alike and with one minute remaining Inagh Kilnamona were awarded a free circa 40 yards from goal and Albha Devitt, as she had all day, stood up and under pressure struck it over the bar. After the subsequent puck out, the referee blew the final whistle to leave the score 2-10 to 3-7 and extra time beckoned.

Extra time was really tense with both sides determined to drive on, but tired bodies ensured scores were at a premium. Shauna Queally for Inagh Kilnamona moved to mid field and began to get on ball as did Aine Rodgers who moved to mid field for Scariff Ogonnelloe. A sending off towards the end of the first period for Inagh Kilnamona was a setback but again, to their credit they rallied for a few minutes in the second period of extra time but just could not get a score. Alison Collins in the last five minutes began to dominate and with some excellent fielding ensured the ball was in the Scariff Ogonnelloe end of the field for the last few minutes. Caoilfionn Madden’s run drew a penalty with 1 minute to go and Rachel Danaher stepped up to coolly slot over a point and Scariff Ogonnelloe saw out the last few seconds for victory after an epic and exhausting battle.

In a lively 2020 U14 A Shield Final Truagh opened the scoring but it was to be their only time in the lead. Moya Larkin scored the opening point from play for Truagh but Kilkishen-Bodyke followed up with a goal and two points, one from a free inside fifteen minutes. Kilkishen-Bodyke followed the water break with two pointed frees but Truagh's Emma Hanley sent a long range free all the way to the net to narrow Kilkishen-Bodyke's lead just before the break. In added time in the first half Kilkishen-Bodyke added a goal from a speculative lobbed shot to extend their lead to 2-4 to 1-1 at the break. Kilkishen-Bodyke's purple patch no doubt was just after the half time break with 4 fine points from play and a third goal followed before the second water break and they held a commanding lead going into the final quarter. Again Kilkishen-Bodyke got the better restart with another goal to bring their goal tally to 4 for the day. However, Truagh's day was not done and some hard work by Hanley was rewarded with a point from play and one from a placed ball as Truagh fought until the end to narrow the gap. However that third quarter work had sealed the win for Kilkishen-Bodyke on a scoreline of 4-8 to Truagh's 1-3.

St. Joseph’s Doora Barefield came out on top in what was an intense and thrilling game of camogie which contributed some great display of skill from both sides at Fr. McNamara Pitch on Saturday evening.

In what was a seesaw first half Clarecastle got off to a great start with three points from Gillan Scanlon within the first four minutes. St Josephs scored their first point after five minutes while Aoife Murphy responded with a pointed free. St Jospehs hit back by adding 0-4 to their tally while Gillan Scanlon added two points to level the game at the interval.

The Magpies got off to a dream start in the second half with scores from Evie Scanlon (0-1) and a goal from a well taken free from Aoife Murphy, but St Jospehs responded by adding a further 0-2 to their side. Further points from Lauren Cusack and Evie Scanlon gave Clarecastle a three-point lead which was soon to be overturned when St Josephs Emma Keane found the net for her side. Clarecastles Gillan Scanlon pointed in the 45th minute which was the last score for her side. St Josephs second goal after the second water break came from captain Sophie Torpy and a further 0-3 was enough for St Josephs to hold onto a four point victory.

The Clarecastle defence deserve great praise with Roisin Halpin, Zoe Ellingstad, Lauren Cusack and Molly Potter who were outstanding and also doing trojan work were Aoife Murphy and Enya Dolan in midfield. St Josephs had some athletic displays in midfield and dogged determined defending throughout.

Both teams travelled to Clooney for the long awaited 2020 cup final, where Parteen came out on top with a scoreline of 7-4 to 3-3.

The game was played in great conditions dry with a slight breeze, both teams got off to a great start with Parteen taking first score with a free from a ‘45 which resulted in a goal. In what was a tight opening quarter, Wolfe Tones had their first score through a free Sara Alford. Parteen upped the tempo adding to their scoreline before Leah Watson edged Wolfe Tones in front with a well struck goal before the water break. Parteen again upped the ante after the water break and maintained their dominance throughout the second half in what was a competitive game, with some great defending by both teams.

After winning a toss for home advantage Cratloe and Broadford’s U14C teams arrived in Cratloe on a breezy summer morning to compete in a final for the 2020 Plate. Cratloe’s captain Eabha Collins opened the scoring with a point for Cratloe in the 2nd minute of the match. This was soon followed by a goal for the home side by Alexa Keogh. Broadford hit back soon after with a point from Ashleigh McNamara but it wasn’t long before Alexa Keogh put one in the back of the net after a pass from Rebecca Flanagan for Cratloe. About 10 minutes into the first half Eabha Collins scored Cratloe’s third goal from a 45, this was quickly followed by a point for Cratloe by Alexa Keogh. The score line as the girls headed in for their first water break was Cratloe 3-2 to Broadfords 0-1

With no substitutions from Cratloe, the 2nd quarter commenced. A 45 saw Cratloe’s Eabha Collins hit the bar. A free taken by Broadford was blocked by Cratloe’s Ella Fitzpatrick this was quickly followed by another free for Broadford which was blocked by Cratloe’s Sophie Byrnes. Cratloe continued to put Broadford’s back line under pressure and with an assist from Meabh McGonagle Cratloe’s Muirne Crowe put the ball over the bar increasing Cratloe’s lead by another point. Before the half time whistle blow Cratloe’s Alexa Keogh scored another point for Cratloe assisted by Muirne Crowe.

Three substitutes were made for Cratloe for the 2nd half with Caoimhe Downey for Meabh McGonagle, Lucy Crowe for Danielle Quain and Christine O’Brien for Molly Ryan. Broadford were quick on the attack and won the first free of the 2nd half. This was taken by Ashleigh McNamara but this was blocked by Cratloe’s Grace O’Halloran. Cratloe responded with a point from Rebecca Flanagan. Broadford went on the attack again and although Cratloe’s Sophie Byrnes stopped the ball from reaching the back of the Cratloe net Broadford’s Sadhbh McMahon’s quick response resulted in a goal for Broadford. A 45 for Broadford saw their score line increase by a point. Eabha Collins put another point on the score board for Cratloe and this was quickly followed by a point for Broadford from Ashleigh McNamara.

After the water break in the 2nd half Cratloe substituted Lucy Chaplin with Keelin Broggy and Lucy Fitzpatrick for Rebecca Flanagan. Two points by Alexa Keogh saw Cratloe victorious with a full-time score of Cratloe 3-8 to Broadford’s 1-3.

Match will be live streamed free on Channel Clare you tu...

WIN A 4 BED HOME IN LAHINCH

WIN A 4 BED HOME IN LAHINCHCill Stufín is a brand new de...

This is the link to use to buy tickets for the Clare v Ki...