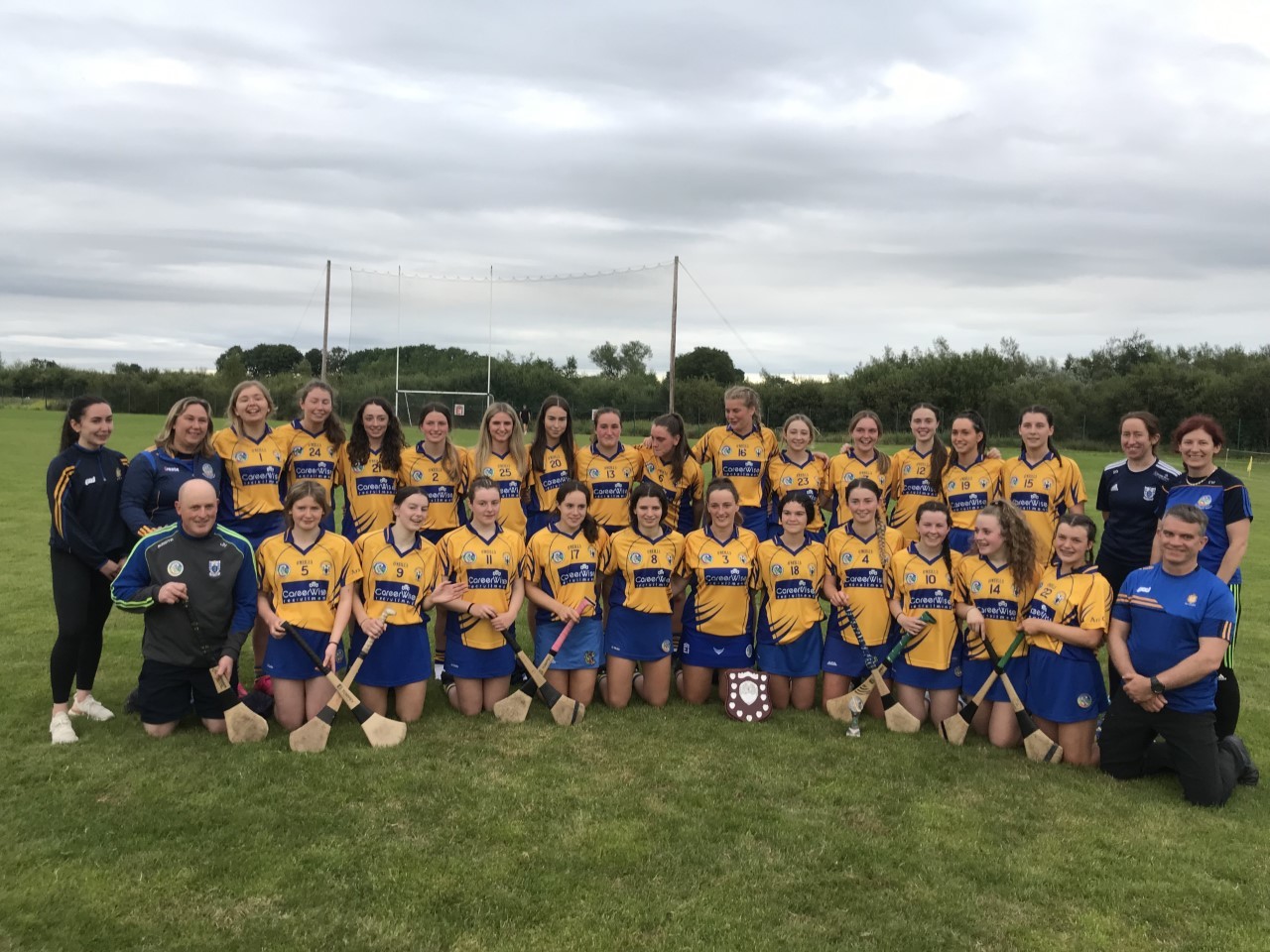 Clare Minor Camogie team had certainly shaken off the cobwebs from their trip to Fedamore a week ago as they took to the field in Fr McNamara Park on Tuesday night in determined fashion and in a hard-fought battle secured victory and the Munster Minor A Plate with a win over Waterford.

From the throw in Clare were on the attack and Aisling Cooney opened the scoring inside the first minute with a converted free. From the puckout Clare returned to the danger area and Aoife Andersons strike saw the first green flag of the night raised. Cooney followed up with another converted free and with five minutes played Clare were ahead 1-2 with the Deise yet to register a score. Alva Rodgers went high to win the next puckout and sent play down the field where Aideen Hickey gathered and bore down on goals only to be disposed with the ball sent out over the line for a ’45 which Cooney converted. With eight minutes played Waterford registered their opening score. Allannah O’Sullivan converting a ’45. Waterford were on the attack immediately and with Rhona Drohan having driven through the backs and only Laura Ryan to beat in the goals, Ryan bravely came off her line and defended her goalmouth leaving referee Mike Ryan with no option but to award a penalty which O’Sullivan drilled home to the back of the net. The green flag spurred on the Deise outfit, and O’Sullivan punished Clare with a brace of frees to bring the sides level. Her next conversion just before the water break put the visitors ahead by the minimum. However, their lead was short-lived as Cooney from placed ball had the sides level. With five minutes of time remaining in the first half, Waterford went on the attack, great pressure from Clare’s captain Hannah Minogue saw her win back possession and send play forward where Grace Carmody gathered and passed to Terna Hegarty who split the posts. O’Sullivan who was keeping her side in the game stood over another free in injury time which she slotted home to see the sides level at the break 1-5 apiece.

Clare returned to the field of play in a determined fashion and hit the first three points with no reply, a Cooney free was followed by points from Jennifer Daly and Carmody. O’Sullivan responded with a converted free, only for Clare to again hit three shots over the black spot, Hickey, Rodgers and Anderson all on target from play. Clare Walsh registered the visitor first effort from play with fifty minutes on the clock which was cancelled out by Cooney at the other end. A brace from the Deise saw three points separate the sides as the second half water break was called. After the restart, Cooney again converted a free with her opposite number Allanah McNulty adding for the Deise from play. Hickey won a free with fifty-three minutes played and Cooney, who was unerring for the duration, duly converted. Hickey was prominent in Clares next point as she won possession out on the wing and passed to Rodgers who split the posts. A brace from O’Sullivan was followed by a well struck point from Daly before the Deise again hit a brace to narrow the deficit to two as the game entered injury time. However Hickey split the posts and though Waterford piled on the pressure, it was Clares captain Hannah Minogue who was presented with the Munster Minor A Plate by Munster Secretary Carmel Harkin, with Munster Registrar, Newmarket on Fergus Bridie O’Looney presenting the Player of the game award to Tierna Hegarty. 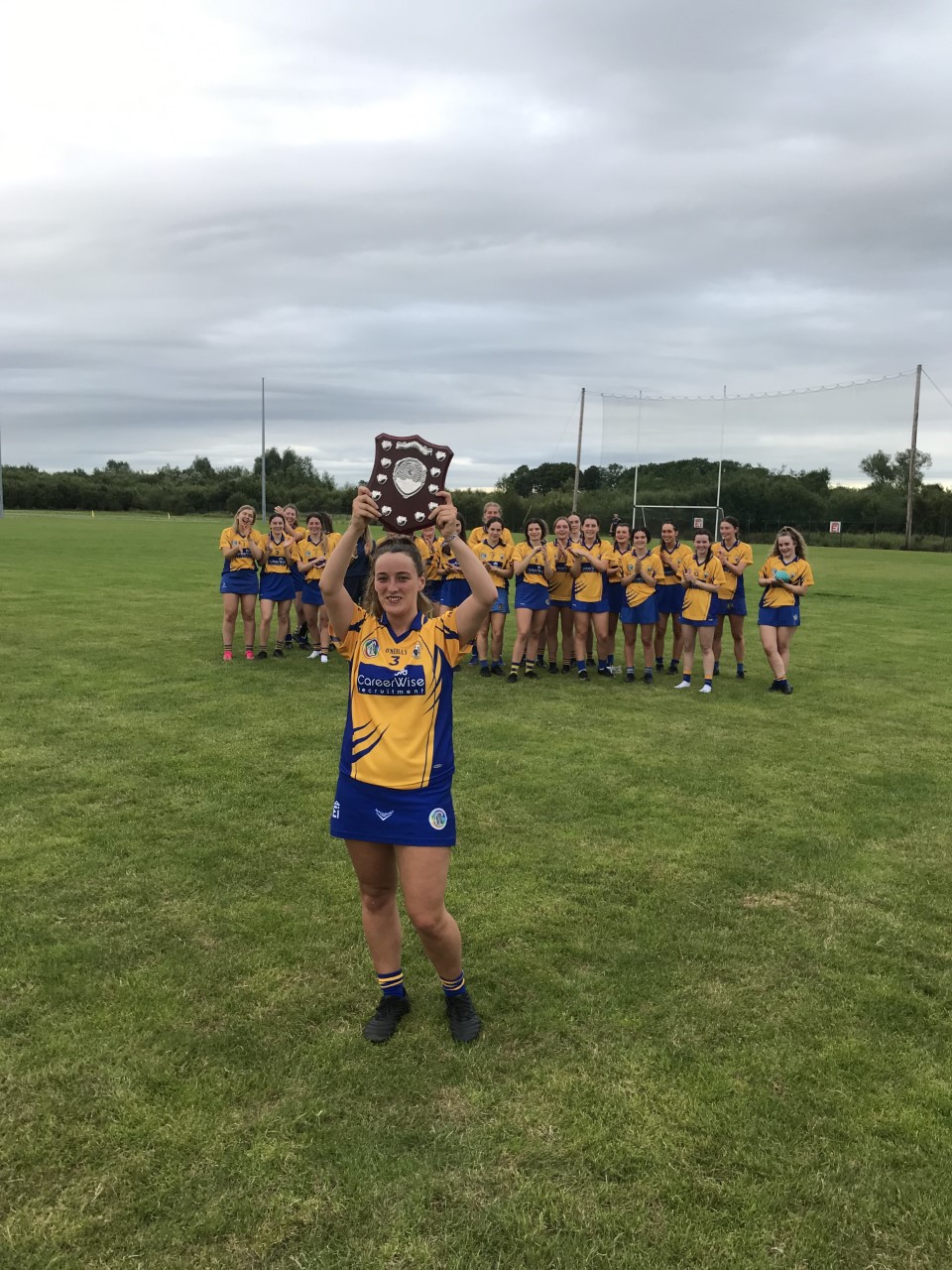 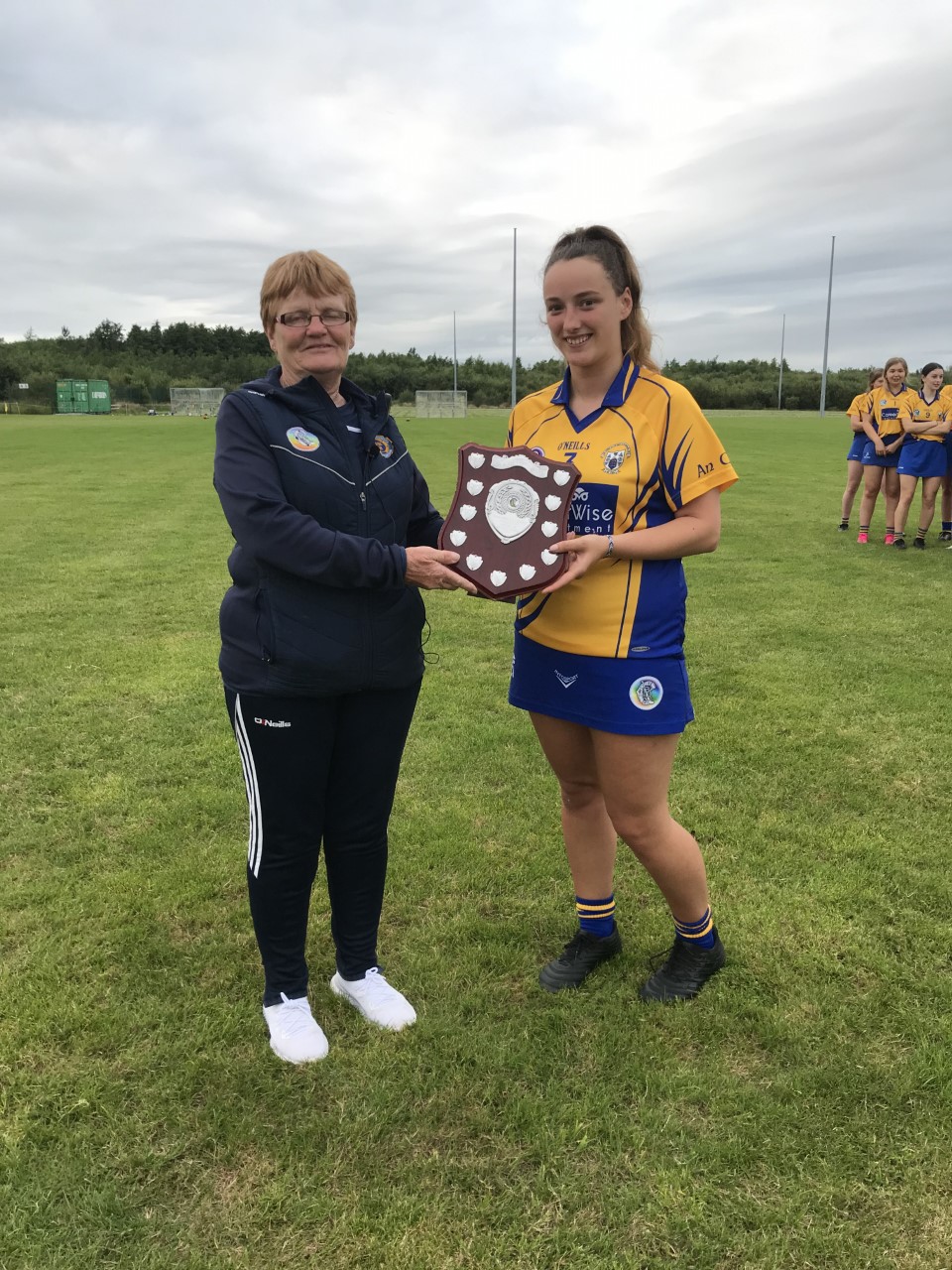 Match will be live streamed free on Channel Clare you tu...

WIN A 4 BED HOME IN LAHINCH

WIN A 4 BED HOME IN LAHINCHCill Stufín is a brand new de...

This is the link to use to buy tickets for the Clare v Ki...