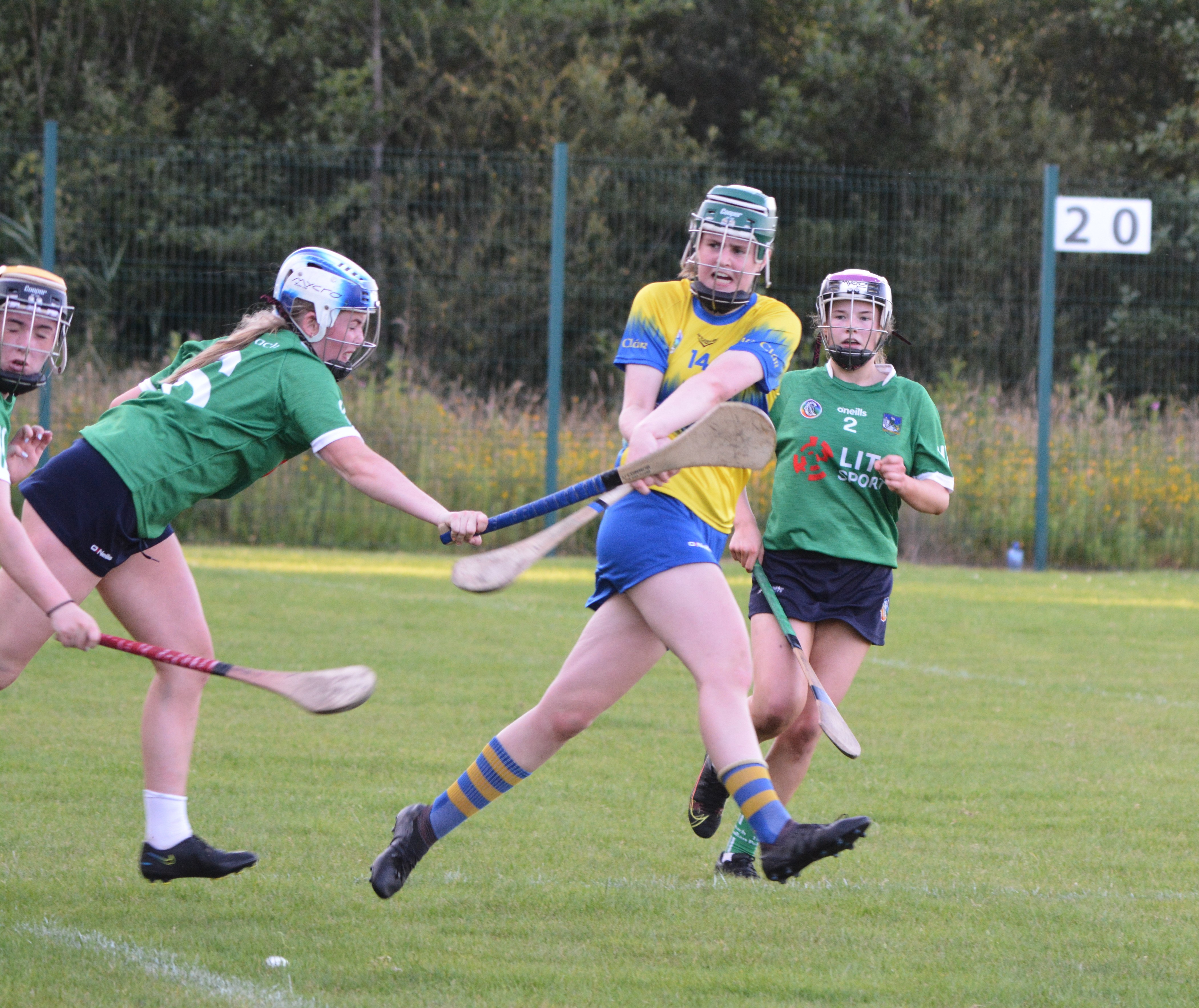 Published: about 1 year ago

What a difference a day makes, or in the case of the Clare U16A team four weeks. Just four weeks on from their defeat to Limerick, the Banner girls turned an eight-point loss into a seven-point win and booked their spot against Tipperary in the Munster U16A semi final. Limerick may have travelled to Fr McNamara comfortable in the knowledge that they had got the better of the home side in their last encounter and were coming into the game with the favourites tag, however the Clare girls had ripped up that memo. From the outset Clare were on the attack the sides exchanged a brace of points each, Clares scores coming from play from Elisha Rynne and Danielle Beston while Lily Duggan converted a brace of frees. Limericks Kate Feasy got the better of the Clare defence and Grace McMahon stopped her point blank shot, Feasy gathered the rebound and her next attempt crashed into the side netting. Limerick won the puckout and were back in the Clare danger area, Feasy passed to Orla Ryan who split the posts to put Limerick ahead for the only time in this game. Good work in the middle of the field from Clare saw them win their own puckout and move to the other end where Clodagh Quinn raised the Banners first green flag of the evening, putting the home side back in front. Ella Cahill and Clodagh Quinn had points either side of a Duggan white flag, before the Newcastle West player hit a brace of frees to reduce the deficit to a point. Clare finished the half strongly, Aoibhin McNamara and Cahill with a brace of points, before Cahill sent a shot into the danger area, in the ensuing scramble Clodagh Quinn grabbed her second green flag with Cahill converting a free also. Limerick were struggling at the other end as trojan work from Grainne McMahon at full back, along with Lauren Slater and Claire Murphy kept the Limerick forwards starved of possession, ensuring Clare went in at the half time whistle 2-7 to 0-6 ahead.

Limerick were on the attack from the restart and were awarded a penalty which Duggan dispatched to the back of the net. The sides exchanged frees before Clare struck for their third goal of the night, Eimear Rodgers out on the wing sent her shot cross field and though Limerick intercepted, it McNamara who with a ground pull sent the ball to the back of the net. Limerick hit a brace of frees through Duggan before Cahill responded with a free for Clare. Caoimhe Smith got her name on the score sheet for the Shannonsiders with her point, however Clare had planty left in the tank, in spite of the sweltering heat and again finished strong, with Clodagh Quinn and Cahill adding another couple of points for Clare, leaving them comfortable winners 3-12 to 1-11. Clare will face Tipperary in the semi final next Monday night, while the U16B side will host Cork in their semi final. 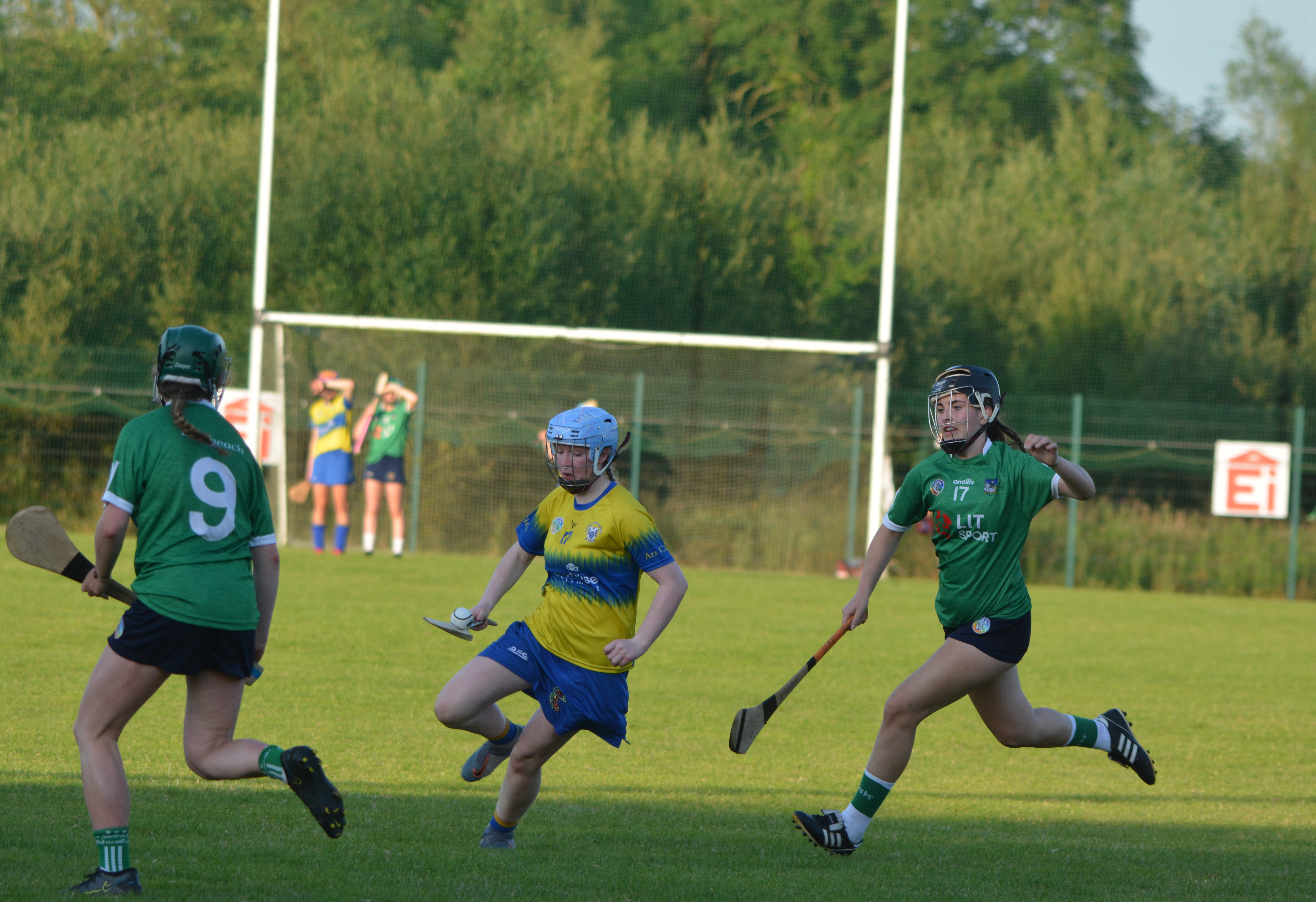