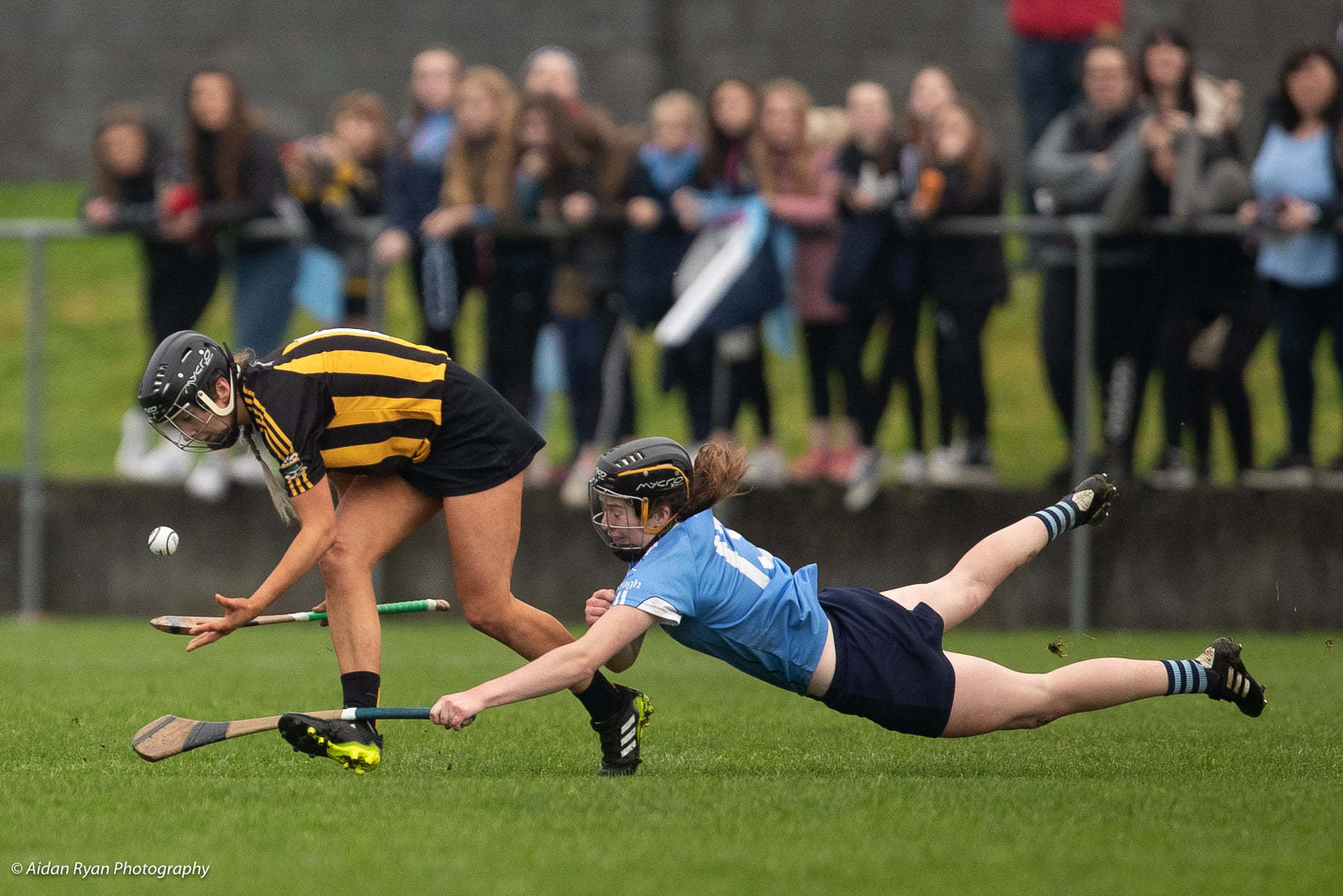 It was a result that definitely couldn’t have been envisaged by either side at important junctures but in the end, a replay proved the fairest outcome after a compelling 80 minute showdown in Clarecastle.

Nothing but a Scariff/Ogonnelloe victory seemed on the cards after a dominant first 25 minutes that carved out ten scoring opportunities against a patently nervous Truagh/Clonlara that appeared to be letting their first senior final appearance pass them by.

The 2019 County and Munster champions failed to capitalise upon that utter superiority as aside from a five point unanswered first quarter through Joint-Captains Mairead Scanlan (2) and Amy Barrett, Jennifer Daly and Lorraine Grady, they also passed up three glorious goal opportunities.

It almost seemed inevitable therefore when Truagh/Clonlara punished their opponents’ profligacy to the full in injury-time when a foul on Maire Begley earned an injury-time penalty that Aine O’Loughlin duly dispatched to the net to open their account in style by the break at 0-5 to 1-0.

While Amy Barrett responded with the first point of the new half, it was to be Scariff/Ogonnelloe’s only score amidst a 34 minute barren patch that instead would see an incrementally confident Truagh/Clonlara hit the front for the first time thanks to another perfectly timed goal just before the final water break through Maire Begley at 2-2 to 0-6.

It would also spark Scariff/Ogonnelloe into life as Mairead Scanlan answered with the goal of the game, cutting inside her marker to rifle to the net and level up the tie in the 49th minute at 1-6 to 2-3.

The introduction of Aisling Corbett proved inspired as she would arrow over five monster frees before this slugfest would come to a conclusion. However, her first from 65 metres was cancelled out by fellow replacement Laura Foley while an Eimear Kelly free had to be matched by Scanlan at the death to ensure that extra-time would be played.

That blow-for-blow pattern would be maintained in the first additional period as frees for Corbett and Scanlan were equalled by Kelly and Joanne Egan at 1-10 to 2-7.

Not wanting to settle for a second bite of the cherry, Truagh/Clonlara upped the ante on the resumption when county senior Eimear Kelly raided for 1-1 by the 74th minute to give her side a seemingly decisive four point cushion.

However, Scariff-Ogonnelloe, led by the seemingly everywhere Rachel Minogue, simply refused to accept that fate and even after the outstanding Sinead Hogg bravely threw her body on the line to deny Alva Rodgers a goal, they would instead make up the deficit by means of points.