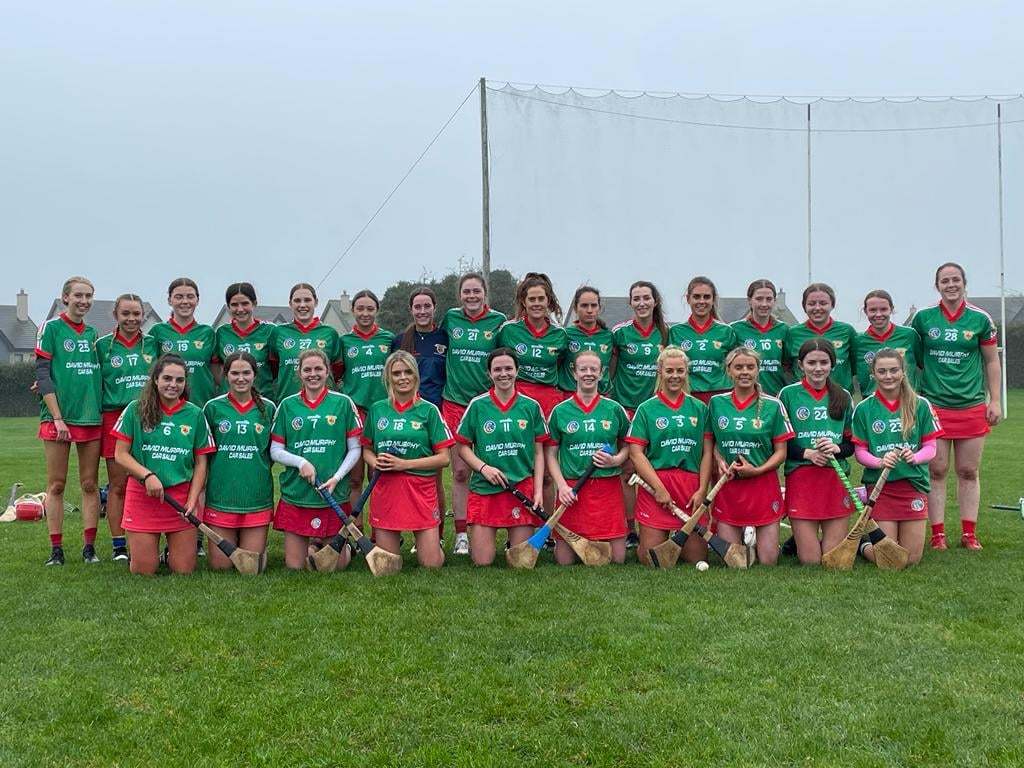 After a tight tense struggle last year’s beaten intermediate county finalists, Clooney/Quin made up for that agonising defeat to Feakle/Killanena by claiming the Fr Liam Murray Cup.

A superb performance by player of the match Orlaith Duggan was the catalyst for victory scoring six points from play, two of which came at the end to see Clooney/Quin seal their return to the senior ranks.

With cold weather and a dense fog engulfing the immaculately prepared Clarecastle pitch early scores were at a premium and the first half only delivered ten scores in total. By the first water break Clooney /Quin led three points to two courtesy of two Orlaith Duggan points and an Emma Considine free. Whitegate’s Leana Spazzi from play and a Susan Fahy free accounted for their total.

At the interval there was nothing to separate the teams deadlocked at five points apiece. All scores in the second quarter were from places balls as Emma Considine and Susan Fahy demonstrated their shooting skills converting every opportunity which presented itself.

The fog had lifted by the start of the second half and this seemed to ignite Clooney/Quin’s title charge as they would completely dominate their opponents in what was the game defining period outscoring Whitegate four points to one the highlight being a sensational Mairead Ryan point picking up possession with a wonderful first touch, jinking in and out of tacklers with ease before splitting the posts with precision like accuracy.

At the start of the fourth quarter, Orlaith Duggan bettered this by scoring a quite audacious point, coming out of a ruck with possession, shrugging off would be tacklers before striking on the run off her left side. Suddenly the gap was four and the title looked destined for the Quin village but where there’s sport there is drama.

Whitegate were awarded a free about 25 yards from goal. Susan Fahy who was impeccable all day from placed balls stood over it, trailing by four the consensus was she would tap it over but Susan had other ideas and rattled an unstoppable rocket to the roof of the net. Moments later and Fahy levelled the tie with another converted free to have this county final on a knife edge.

Cometh the hour cometh the player with a quick Duggan double to inspire her team mates before a late Emma Considine score and suddenly the lead was three as the clock ticked into injury time. No further drama ensued and referee Fergal O’Brien blew the final whistle amidst scenes of euphoria and relief from the Clooney/Quin faithful.