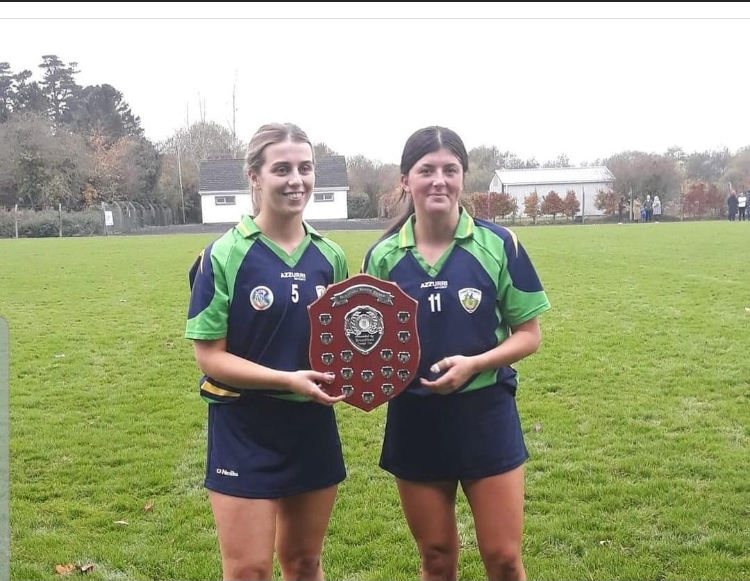 In their first season competing at senior level Feakle Killanena won their first senior title when they defeated Sixmilebridge to capture the Glenomara Sheild on a scoreline of 1-17 to 2-8.

Feakle Killanena got off to the better start and had six points recorded at the first water break, Feakle Killanena’s scores coming from a point each from play from Roisin Mc Mahon and Lorna McNamara plus four frees from McNamara

Feakle Killanena upped the ante after half time and a goal by Laura Mc Grath on the third minute widened the gap between the sides. Morey added 3 further points from frees while Mc Namara & Mc Grath contributed 5 additional points for Feakle Killanena leaving the score at the break 1.13 to 7 points.

Sixmilebridge did not relinquish and there was some nervous moments when they were awarded their second penalty of the day. This time Morey rattled the net to bring the margin back to six points between the sides. The sides continued to trade scores with McNamara & Shauna Canny adding a point each from play before Sixmilebridge found the net again to reduce the margin to five points. As the minutes ran out McNamara converted one more free and the East Clare side ran out eventual winners.