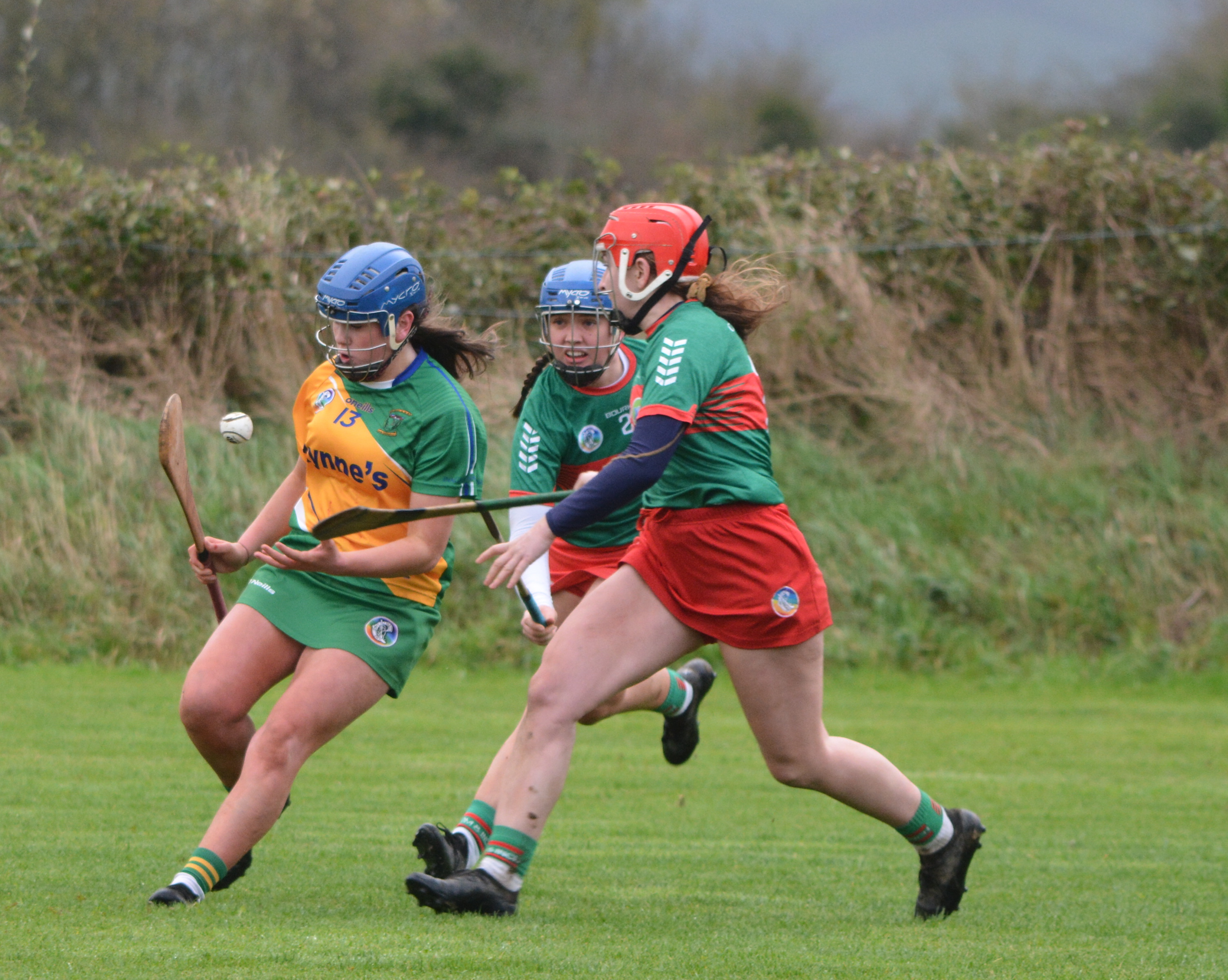 Published: about 2 months ago

Inagh Kilnamona and Drom &Inch met in the long awaited 2020 Munster Final in a blustery Killeady on Sunday afternoon.  Unfortunately, it was not to be third time lucky for Inagh Kilnamona as they came out the losing end on a scoreline of 1-9 to 1-8.

Drom & Inch went in front on the resumption of play.  A tackle on Fiona Lafferty in the twenty fourth minute saw Drom & Inch McGraths get a yellow while Ryan split the posts.  Drom & Inch added two more before half time to lead 0-6 to 0-4.

Drom & Inch pushed further ahead with a point in the fourth minute.  Lafferty was fouled again to give Ryan the opportunity to point from a placed ball.  Amy Keating was brought down in the square fourteen minutes in and a penalty was awarded.  Ryan, stepped up and drove the sliotar past the Drom & Inch keeper Caoimhe Bourke.  Inagh Kilnamona were ahead by one at the water break.

Drom & Inch drew level with a free and went ahead in the fifty third minute with a point.  A free from Ryan and a point from O'Keeffe put Inagh Kilnamona back in front by one with four minutes remaining.  A free from McGrath found the back of Rebecca Keating's net with two minutes of time remaining to see Drom & Inch lead by two.  Keane battled to bring it back to one.  However, Inagh Kilnamona were unable to break down the Drom & Inch back line to find the equaliser.

Fiona Lafferty and Aoife Keane were outstanding for Inagh Kilnamona whilst both defences impressed throughout.

Feakle Killanena’s hopes of winning a Munster title ended as they lost out to Clanmaurice of Kerry, in the long awaited 2020 final played at Mallow on Saturday. Having played with the aid of the breeze in the first half they were behind by one point at half time. With both defences predominantly on top throughout the game it led to a low scoring encounter finishing with Feakle Killanena 0-9 Clanmaurice 2-6.

The second quarter was a low scoring period with Feakle Killanena adding two points, one each from McNamara and Laura McGrath, to see the Clare outfit trail by the minimum, Feakle Killanena 0-6 Clanmaurice 2-1.

This trend continued into the second half with both teams just adding a point each in the first quarter.

With Feakle Killanena playing against the strong breeze and Clanmaurice winning primary possession from their puck outs, this limited the supply of ball to the Feakle Killanena forwards. The sides were level at the fifty minute mark and the next score was crucial for either team. Good pressure from Clanmaurice’s defence forced Feakle Killanena into some poor wides. The experience of having previously competed at this level stood to Clanmaurice. They converted three points without reply to run out eventual winners.

At the recent Clare Camogie AGM the draw took place for ...