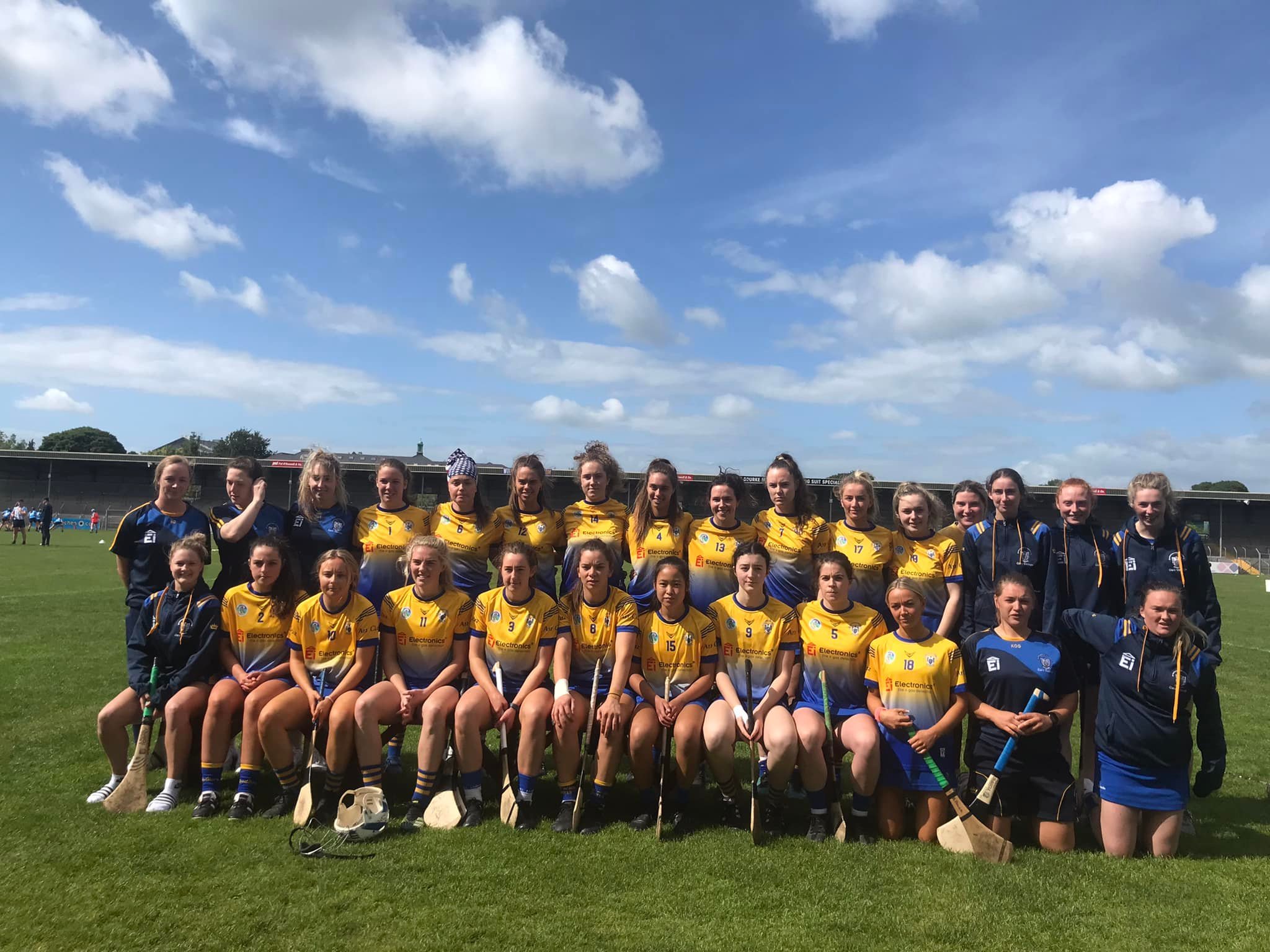 A powerful closing ten minutes saw Clare snatch a draw from Dublin on Saturday evening however this was not enough to secure the Banners chances of reaching the knockout stages of the Glen Dimplex Senior Championship as a win was the only way to still be in contention.

Both sides had earlier scoring opportunities, but wayward shooting and short shots meant it was ten minutes into the game before a score was registered, with Dublins Aisling Maher splitting the posts. A foul on Caoimhe Carmody earned Dublins Gaby Couch a yellow card and Clare Hehir sent the resulting free down the field to the town end where again Dublin fouled and Lorna McNamara converted to level the sides. With sixteen minutes on the clock, McNamara put Clare ahead with a well struck free. Three minutes Clare were on the attack, Niamh O’Dea winning possession and driving forward before sending her shot to the corner where Orlaith Duggan and went towards goal only for Eabha Mooney to come off her line and in the scramble, Dublin came away with possession. Dublins Aisling O’Neill, their scorer in chief on the day, levelled the sides with a superb strike from out on the wing at the twenty-minute mark. O’Neill added from play again six minutes later and with the game in injury time, O’Neill successfully manoeuvred through the Clare defence to strike low to the back of the Clare net. Clare responded with a Chloe Morey free and from that puckout Allanah Ryan won possession and a short pass to Caoimhe Carmody saw the Kilmaley woman run down the wing before passing to McNamara who split the posts. Dublins Maher pointed just before the half time whistle to see the sides go in with a goal separating them, Dublin 1-4 Clare 0-4.

O’Neill converted a free at the restart to make it double scores in favour of the visitors, before a brace from Clare through Eimear Kelly and McNamara narrowed the deficit. With the game approaching the three-quarter mark, Dublin upped the tempo and points from Maher and Jody Couch extended Dublins lead back to four. Kelly pulled a point back for Clare before another brace from Issy Davis and Leah Butler saw the visitors enter the last five minutes of normal time with a five point advantage, However, Clare were not finished, a superb run from Kelly saw her off load to Clare Hehir who was immense all day, with Hehir finishing to the net to narrow the deficit to two. Kelly, named player of the game, pointed on the sixty-minute mark to see Clare trail by one as the game entered injury time. A foul on Duggan gave McNamara the opportunity to land a free to see the sides level as the final whistle sounded less than a minute later.

Clare will play Waterford at home in two weeks' time, a must win game in the hope of avoiding a relegation battle but this will also be dependent on other results.