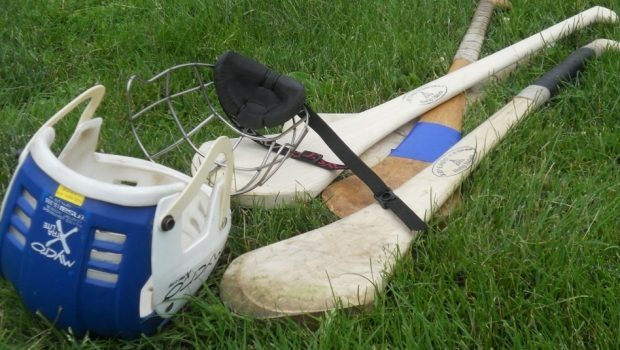 Scarriff Ogonnelloe wore their favourites tag well and went away from Inagh with a deserved win of 3-8 to Inagh Kilnamona’s 0-4.

Scarriff Ogonnelloe had 2-5 on the board at half time while the home side failed to take their opportunities and were unable to register a score in the first half.

A goal scoring Crusheen/Banner side overcame Newmarket in the 3rd round of the Minor A Camogie Championship on Wednesday evening in Crusheen.

Although both sides were missing a lot of players due to injuries and Debs balls, the home side still managed to put six goals past a Newmarket side who looked very deflated on the night.

With standout performances from Aoife Rodgers, Faye Dean and Eva Fitzgibbon, Crusheen/Banner lead at half time 4-1 to 1-3, Newmarkets goal coming from the very energetic Emma Crowe.

The second half saw both teams register three scores each, however two of Crusheen/Banners scores were goals and saw them win out on a scoreline of 6-2 to 1-6

The opening match of the Minor C Championship for Whitegate and Corofin was a very close contest, but it was the Whitegate girls that emerged the winners with a final score of Whitegate 7-6 to Corofin 5-8.

From throw in this was an intense battle between two evenly matched teams.  But it was Whitegate that got the opening score when the ball was worked up the field to Ali Hynes who split the Corofin posts.  Corofin with a quick reply got a point from play.  Moments later Caoimhe Whelan burst through the Corofin defence to raise the first green flag of the day. What followed was a denial of a goal for both teams when first the Corofin goalie made a great save and then quickly at the other end Whitegate’s determined goalie Chantel Zevering stopped what looked like a dead cert goal.  Soon after Corofin did get a goal when Whitegate’s goalie stopped and batted down the sliothar but with the quick action of Corofin it was whipped to the back of the Whitegate net.  Leading up to half time more scores for Whitegate came from Lana McDermott who following a solo run from way out the field went all the way to score a goal. Abigail Starr scored a point from play and also Ali Hynes added another point to her tally when sister Corinna Hynes passed her a lovely ball.  Corofin capitalised on their score and added more goals and points to their score sheet.  Corofin had the upper hand at half time and had a nice lead of five points.

With the second half all to play for it was Corofin who straight away got another point from play.  Whitegate were determined not to let this match slip any further. The work rate of Ciara Dooley and Lana McDermott in mid field was pivotal in getting the ball up into the forwards.  One such ball fell into the hands of Emma Burked who drove it past the Corofin goalie much to the delight of the Whitegate supporters. This put just a puck of a ball between the teams. Scoring from here on seemed to be tit for tat and the teams were level on a few occasions.  Further scores for Whitegate came from Abigail Starr who added another 1-01 to her tally. Another goal from Emma Burke as well as one from Hilary Kearns. Ali Hynes converted a free.  Corinna Hynes scored a 45 and the final score of the day came from the stick of Ali Hynes when she took a 45 which she scored with ease.  Corofin did also manage to score 3 goals in the second half.  It was definitely a game of goals with 12 goals scored between the two teams.  Even though Corofin did manage to claw back some scores it was Whitegate that upped a gear in the closing 5 minutes.  This was enough for them to see out the game and emerged winners by 4 points in the end.